I’m new to Amazon selling and joined to sell my own line of products that I have started selling on my own website. I thought this would be another great avenue. However I’m in the health and beauty category and it seems flooded with “private label” brands. I was wondering if I could get some feed back from experienced sellers if it makes sense to even start selling here?

I was also reading a lot about hijackers on the forums here. Does that continue to be a big issue?

Thank you for your input in advance!

It’s hard to answer since we don’t know what you are selling, what the product differentiation is, or how you are planning to promote your product.

Going purely by your question and the odds, nope, it probably doesn’t make sense.

Anything that a Chinese factory can stick a different label on - they do.

Thank you for the replies. I really appreciate the input.

I have an organic skincare line and alternative treatment for hair loss. The products are not from China. I developed some and had some done for me but all here in the US. I have been trialing them for months on volunteers. I have some really solid products but maybe another avenue to sell will be a better option.

If I continue with the idea of selling on Amazon I’ll definitely look at different categories. Not having any experience on Amazon you don’t realize all that is going on until you actually register as a seller.

Do pilot on amazon.
However try 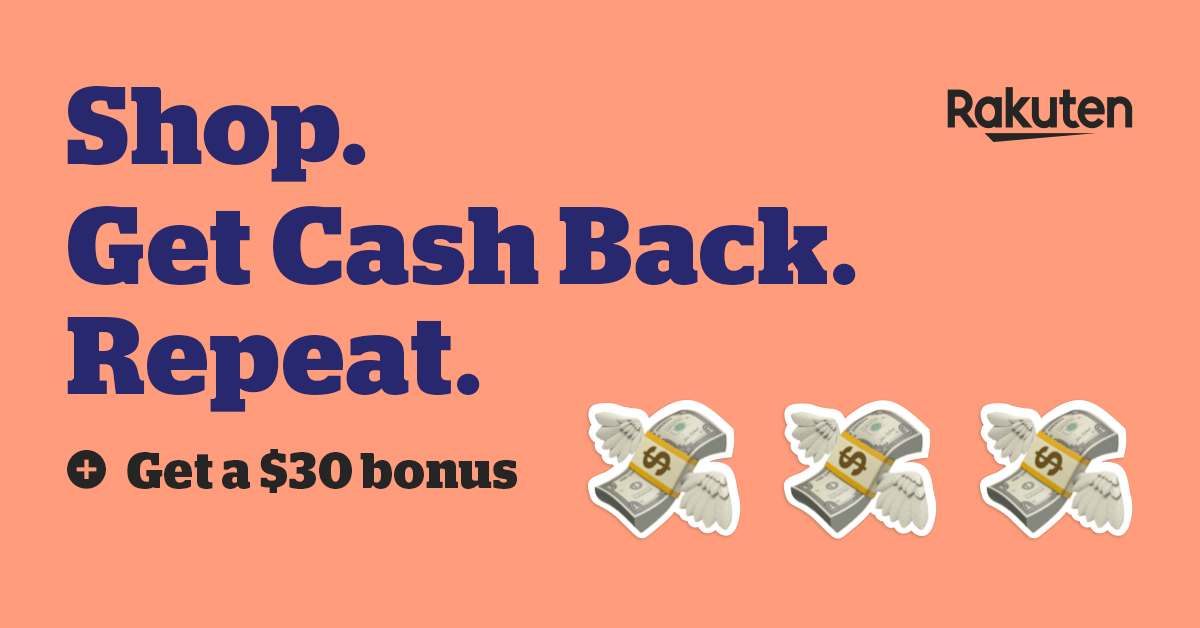 Earn Cash Back at stores you 💖

I love getting Cash Back and think you will too! Join for free and get $10 when you spend $25.

PayPal is the faster, safer way to send money, make an online payment, receive money or set up a merchant account.


As others wrote amazon is basically a race to the bottom high volume business.
Think of amazon as a mcD not a fine steak house.
If your product is unique give amazon a shot however Wal-Mart could likely be a better portal.
Wal-Mart has come of age.
Best of luck.
Chinese are a nuisance at amazon and likely will be since amazon has global ambitions and they will likely keep the Chinese do all kinds of shenanigans.
I could write a thesis on what I see here. But someone will have to pay me ( amazon ) for doing all the leg work for them.
Cheers.
GoMedical 2017-11-29 20:09:47 UTC #7

We are in other industries in which we own “brands,” and in cosmetics I hope you have deep pockets to establish and market against the conglomerates you are up against because we have foregone that process and it is extremely expensive when you aren’t selling anything proprietary.

It’s worth a shot, just keep your eyes open on your listings.

the organic skincare items and hair loss items… are these items label and created under your own unique brand? items that are not available specifically from other sellers? if these items are under your brand… then it is worth exploring amazon as an additional platform to sell products. there will always be ‘similar’ items from china companies offered for significantly less money, and the smart shoppers know they are also significantly less effective. if you are trying to sell labeled items and compete with these big sellers - it is a lost cause. but if they are under your own unique brand it is up to you to educate the buyer to let them know why your product/your brand is worth shopping with over the similar but sup-par china options listed.

the way you form your listing… the types of photos help. you could encourage your existing customers to leave product reviews to help demonstrate to future buyers that your product works and should be trusted… and the product reviews also help your listing to be shown before others with less reviews.

a youtube video showcasing your products, an informative video showing before/after and linking to either your own website or your amazon listing. but as long as you are selling under your own unique brand… there is reason to try.

health & beauty is also a restricted amazon category in general. so it is harder for newcomers to begin selling in that category. helping with some of the saturation issues for the higher end products within the category.

I too sell health and beauty - my own products. I sold $176 last month and of that I got $14 after all the fees and crap. I have sold more on Amazon than my site…but at what cost? One more month with Amazon and if things don’t get better after Christmas and I see a substantial profit…I’m outta here!

The counterfeiting issue is huge in hba. It can come at you from every direction, and I think your private label products may make you an even bigger target…especially if you have any level of success selling them. The forums are full of sad stories on this sort of activity, and it’s not pretty.

I have been here a long long time. Before the scammers figured out how to create chaos it was a great venue for hba. I personally would no longer recommend it, as I am encountering a new scam or a new twist on dishonest behavior almost daily.

I’ll give Amazon the benefit of the doubt. I think they are working on it, but not very hard as I see it. Plus the general buying public has become so demanding there are often wildly uninformed accusations to deal with. The Amazon culture has enabled so many to get things for free if they launch a complaint, that many will simply game the system, as Amazon has made it easy for them.

The merchant is always ‘guilty until proven innocent’…not the other way around. There is very rarely any reciprocal treatment toward merchants. There is unprecedented time taken out of your schedule to answer fraudulent claims and frivolous complaints…All of which are damaging to your metrics via automatic translation of ANY complaint being an order defect of some kind…An “ODR.” When the Amazon ‘bots’ pick up on certain words, it is automatically recorded on your seller account as an ODR, even if the issue is easily addressed and the customer is left highly satisfied with your resolution.

It’s crazy …
Another of the larger issues I have is their automated systems do not recognize you as a human who can competently answer questions and communicate. Due to new ‘policies,’ in many cases, we are not allowed to communicate with customers at all. When we were allowed to communicate many issues were resolved easily. Now they are often automatically elevated to A-Z Claims which can damage your metrics fast, and threaten your selling privileges.

I started in books and later moved to Hba. It definitely is a rough turf to start. Good luck to you!

When selling unique products, there is no “trying it out” on Amazon.

Once you create an ASIN for your products those ASINs will ALWAYS be associated with your products. Once a product is on Amazon, it is always on Amazon if someone wants to sell it, NO MATTER WHO THE SELLER IS. If the listing gets overrun with counterfeiters and you just want to get out, all you can do is take your name off the list, and the counterfeiters will take over your listing with your brand name on it.

Unless you are 100% positive this is what you want to do, and you are willing to fight off the counterfeiters from now until the end of time, then I would stay away. We also sell a unique product line (that we manufacture ourselves) and it has been an absolute nightmare trying to keep others off of our listings who are either knocking off our products or just strait up scamming people. Think twice, and then wait a couple weeks and then think 2 more times.

By all means try it, especially FBA. Run a few promotions. If it doesn’t work out then you can have your product sent back to you. Why would you NOT want to at least try the worlds largest? If you have gone this far in developing your own product, especially organic I think you will do just fine, or better.

Private label in general is totally saturated, as are most categories on Amazon. And, not to be insulting to you, but I don’t understand why anyone would risk rubbing something into their skin or head that is unproven and comes from an unknown company. I know many people do not have a problem with trying new products (every product is new at some point). I am not saying you specifically are making anything bad, but there are so many fly-by-night, made in China products on Amazon and other sites that it’s hard to tell the difference anymore.

For me to trust a skin product, it better come with a doctor’s recommendation, a long-established reputation and extensive product testing, an aesthetician’s recommendation or, at the very least, a personal recommendation from an individual I trust. Even if your product is not made in China, you’re fighting an uphill battle to distinguish your brand and establish trust.

Personally, I would put more trust in a skin product sold on Etsy, where the maker can introduce themselves, even post a photo of themselves, and tell their story and go into detail about how the product is made. The personal reviews on Etsy are better, too. Maybe you could establish your reputation there. Amazon is a big, mean dog-eat-dog world.

Yes, they will be under my own label and my volunteers I believe will be happy to leave reviews for me so hopefully that could help with the new listing.

I was also thinking about doing a video as well. Based on your reply that will probably be one of my next steps.

Are there any people that you know of that actually do good pictures and or help with wording for your initial listings? There are way too many “gurus” out there. I don’t even bother looking at any of them. I’m just wondering if there are any real people/companies that are good at helping in that area?

Private label in general is totally saturated, as are most categories on Amazon. And, not to be insulting to you, but I don’t understand why anyone would risk rubbing something into their skin or head that is unproven and comes from an unknown company.

Don’t underestimate the desperation of the balding.

I’m a trichologist so I am certified and do specialize in working with people for hair loss issues. But I do understand what your saying and appreciate your insight. It’s a lot to consider.

I did see a lot of people complaining about those issues. It’s definitely a deterrent. Do you think that’s why some Amazon sellers are selling their businesses?