I have not seen the Report Abuse form in Seller Central before. I find it interesting that these are types of abuse.

If selling an opened product that is new as “New” is a form of abuse I would kindly request that Amazon please explain wherein any of the help, policies, etc. this is stated.

If anything as a seller who agrees that “New” means that a product has not been opened I find that Amazon policies specifically state that “New” does NOT mean it has never been opened and “New” doesn’t even have to include the original packaging!!

If Amazon wants to consider “New” to mean never been opened then they need to immediately implement the following changes:

FBA repackages your eligible customer returns so that they can be sold as new. The service applies both to retail and FBA return items, and cannot be disabled in your settings.

Each returned unit is evaluated to determine whether it can be repackaged. Repackaging can include replacing the poly bag or bubble wrapping, or re-boxing the item. It can also include repackaging of branded and unbranded boxes, and poly bags.

New: Just like it sounds. A brand-new item. Original manufacturer’s warranty, if any, still applies, with warranty details included in the listing comments. Original packaging is present for most New items but certain items like shoes may be re-boxed.

In fact I would argue pretty strongly that most of the above changes should be made regardless of if Amazon does not want to consider open box as not “New”.

“New product sold as used” is an interesting type of abuse as well. Is that specifically mentioned as not allowed somewhere? The example they provide is: “the offer is for a used book but the seller is selling a new book”.

An example of me doing this recently was I had a unit where the box was pretty banged up/worn. The manufacturer has pretty robust packaging/foam so I had no concern that the product itself was damaged but there is no way I would have sold it to a customer as New even though the factory seals were still in place. So I listed the “New” item as Used Like New and described it in the condition notes. Was that abuse?!

“New product sold as used” is an interesting type of abuse as well. Is that specifically mentioned as not allowed somewhere? The example they provide is: “the offer is for a used book but the seller is selling a new book”.

My guess regarding just this bit is to cover categories in which selling “New” is restricted but the seller can list items that are “Used”.

Why is this even on Seller Central at all, customers would have no way to view this page correct? This is for what, sellers to accuse other sellers of wrongdoing? They don’t even require an order number, so essentially people can accuse anyone of anything they want, and we all know how the accuser is “always right” on Amazon. I don’t understand the purpose of this form at all. The “New” described as Used is super weird too. I actually did have a weird customer though that returned a used item, and part of their explanation was because they said it was new. The box was damaged so I didn’t want to sell it in new condition (of course if I did sell it new I’d be breaking the opposite rule). The condition notes indicated that the box shows signs of damage. Never had any blowback from that comment, but I just thought it was strange thing to complain about. I guess in the future if you have a damaged box, you should open it up as well and make sure it really looks used before you list it as used. I’ve always been of the mind that I grade everything one level below what I think it should be because some customers are very particular with condition, and I’d rather they be pleasantly surprised with a condition that is better than what they expected, but maybe I’m wrong on that?

I sell books and because there are no description comments allowed for the New category, I prefer to list Used - Like New. Sometimes I sell books that are factory sealed as Like New.

Even if a book appears new or is factory sealed. It was my impression that regardless of actual product condition, if a seller doesn’t have manufacturer invoices, their products are considered used and not new.

I wasn’t aware that selling a factory sealed book as Like New would be against Amazon rules.

What are packages opened by shipping services classified as?

Box was opened, all original tape was cut, item was removed, Styrofoam damaged, repacked (sloppily, I might add) re-stapled, along the long sides and re-taped. (Don’t want to include interior photos for privacy of the seller.)

Would you sell this as new or used? 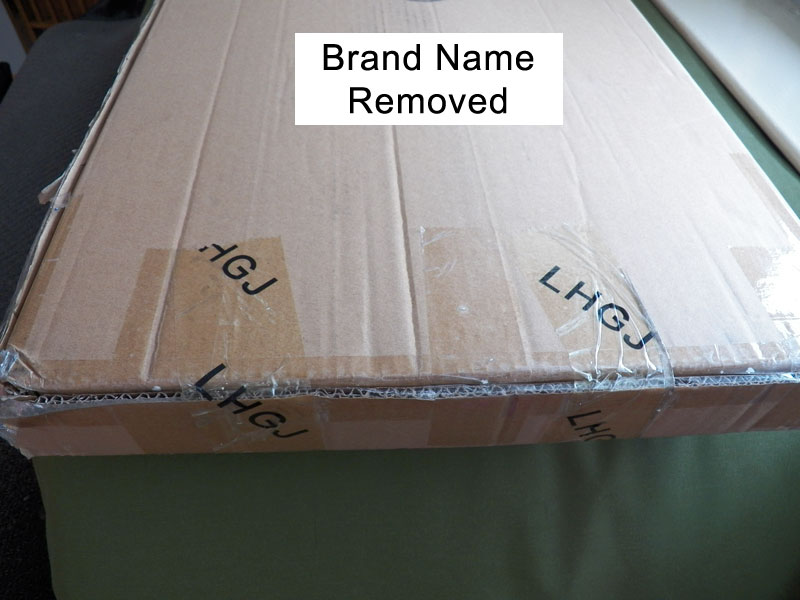 Would you sell this as new or used?

Depends on which “violation” you’d prefer to break

Who do you blame?

The seller who shipped directly to FBA, unaware the parcel was opened by a shipping company (not going to use “Customs” here, since the company is a freight forwarder)…

FBA for allowing it to go out as “New”?

We all know who is going to be blamed.

That’s tough, personally I don’t expect Amazon employees to inspect things that closely, especially when it’s an inbound shipment. Why did they open it? If it was to inspect for damage they clearly failed at indicating it was damaged… If it was related to customs I’d really like them to indicate why it was opened like TSA does, then I would hope that Amazon would see these labels and reject them. I admit it’s probably something I should know more about since I sell a fair bit direct to international FBA.

In the products I sell I’ve seen where there are two layers of the manufacturers logo’d tape or their clear tape and an entire new sticker that would be cut if the box was opened. I’ve heard that that’s how they handle when customs need to inspect it, but I’ve always wondered if they do spot checks on the factory line.