Applications are open for the Amazon Products for Tomorrow Awards. This new initiative will support small businesses that sell innovative products that display sustainability attributes.

We will select up to five small businesses to receive a $20,000 grant, access to marketing and promotions, guidance with sustainability certifications, and product placement opportunities for their winning products in multiple Amazon stores this fall.

To qualify, products must be innovative in design, solve a customer need, demonstrate sustainability attributes, and come from a small business selling in the U.S.

Apply for the Products for Tomorrow Awards

Why is acknowledging fact “politically correct”?
As for “on-line shopping”, I often have two choices; I can get in my vehicle, sit in traffic, and drive to a store; or get something dropped off by the van that is driving past my house anyway.
There’s really not much difference there. Either way, items are being moved around a LOT, long before the customer has a chance to purchase. The last step of getting it to the consumer is small, regardless of whether it is personally picked up, or delivered on a route.

I have to agree with Sawle. Amazon’s choices for next day, second day, and half a dozen other choices in their fulfillment structure tells me much about Amazon’s belief in sustainability.

I would really rather hear about how you have chosen to assist new and upcoming small sellers who are innovating solving real issues and filling in niches in the product offers than to listen to ‘Sustainability’ solutions. When Amazon chooses to go sustainability with all their services then and only then will we believe that you are serious with this. Otherwise, it is merely a bad PR stunt that most people simply will no longer believe.

Whole hog or nothing. Anything other than this is showboating.

Agree with Sawle, Amazon can certainly help sustainability by increasing US production. But Amazon investing $100k to help US businesses is like me donating $1 to UNEP because I want to help stop climate change.

But they ordered electric vans that are powered by an unstable power grid that will be taxed to its knees as we transition more to EV’s.

Don’t forget, the grid is powered by fossil fuels and the EV’s have rare earth elements in them that need to be mined using the dirtiest and non-sustainable methods.

But don’t worry, everything will be fine…

To qualify, products must be innovative in design, solve a customer need, demonstrate sustainability attributes, and come from a small business selling in the U.S.

Does Amazon consider adding a requirement that the products are made/manufactured within USA would also be beneficial for this “sustainability-focused” campaign?

I was looking for that ‘requirement’ but didn’t see it. If you think about it, this is going to be a tough bill to fill as the U.S. doesn’t make anything anymore, and making products here is very difficult to say the least. I did it, but I’m also not located in California or any of the other business unfriendly states.

Agree with Sawle, Amazon can certainly help sustainability by increasing US production. But Amazon investing $100k to help US businesses is like me donating $1 to UNEP because I want to help stop climate change.

ETA (it was too late for me to edit): is not the amount that annoys me. It’s great that Amazon is investing that money in US businesses.
Is how much money is being invested in other businesses.
That’d be like, if in my example, after I donated $1 to UNEP, I then rented an airplane to draw smoke letters on the sky announcing that I donated to UNEP because I care about the cause.

Where’s Dog when you need him.

… And then I like the idea… a lot… I’m of course a small business with an innovative and helpful green technology product that is made in rural USA. We don’t get a lot of funding opportunities from Government, brick and mortar retailers, or anywhere else and this contest is certainly refreshing. Heck, it might even bring a spotlight to some interesting innovations and a little funding to keep the innovation going. I think it is a major step in the right direction (from my perspective as a small business).

…
Where’s Dog when you need him.

After many months of laying the proper groundwork, we are just now entering the penultimate stage of launching a product line which could conceivably benefit from this new “green” initiative - or at least it’s “penumbra”…

Despite my broad personal agreement with Sawie’s well-taken point, business is business, and morality & ethicality are not as convergent as any given one of us might wish them to be.

sending massive rockets up to space.

That is another HUGE issue. Just recently discovered, and not the actual noctilucent clouds themselves but the frequency of forming new clouds.

The past few months have had record breaking numbers of cloud formations and it was linked to the increase in rocket launches.

Well, pretty sure that is a bellwether for a much bigger issue.

Do vegetables really need a relaunch?!?

Are you talking about William Shatner here?

As I understand it, one of the crew members here has since passed in a plane crash. RIP 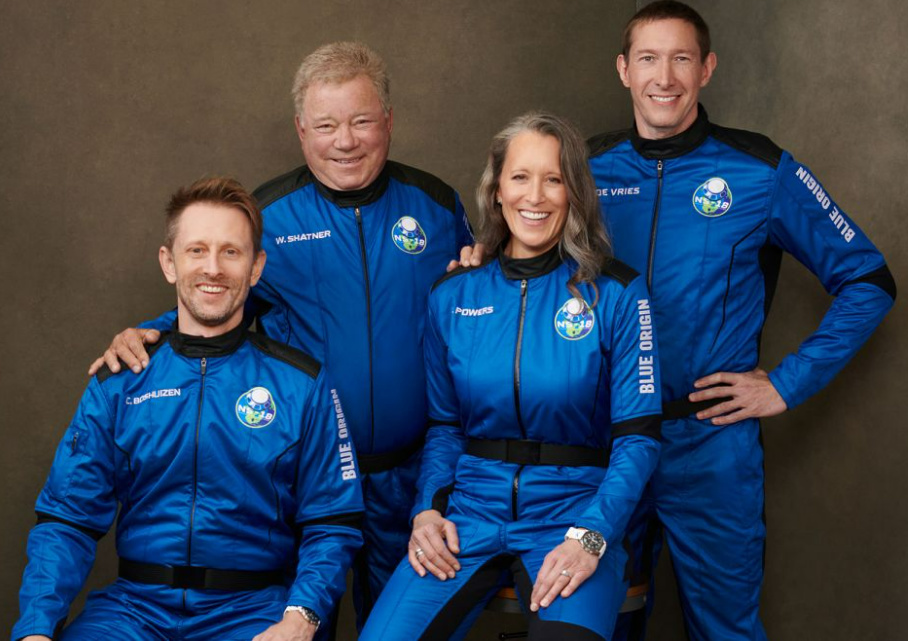 I purchase used electronics from a local recycler, clean/refurbish them and send them out for a new use so we don’t have to produce as many new products. I also go to dozens of garage sales a week and do the same thing with electronics and other products.

I also just purchased a used EV to travel to those sales and my local supplier. Much of my electricity is produced 15 miles away from a hydroelectric plant, and am getting involved with a community solar garden in the near future.

Do vegetables really need a relaunch?!?

Well, to the best of my knowledge (admittedly-meager, despite my incessant shilling for the cause), no one has yet deigned to carry the Mighty Rutabaga beyond the exosphere, so…

my electricity is produced 15 miles away from a hydroelectric plant

So you are a huge part of ‘The Problem’! Everyone knows hydroelectricity is terrible for the environment, you might as well be getting your electrics from a coal or nuclear power plant. 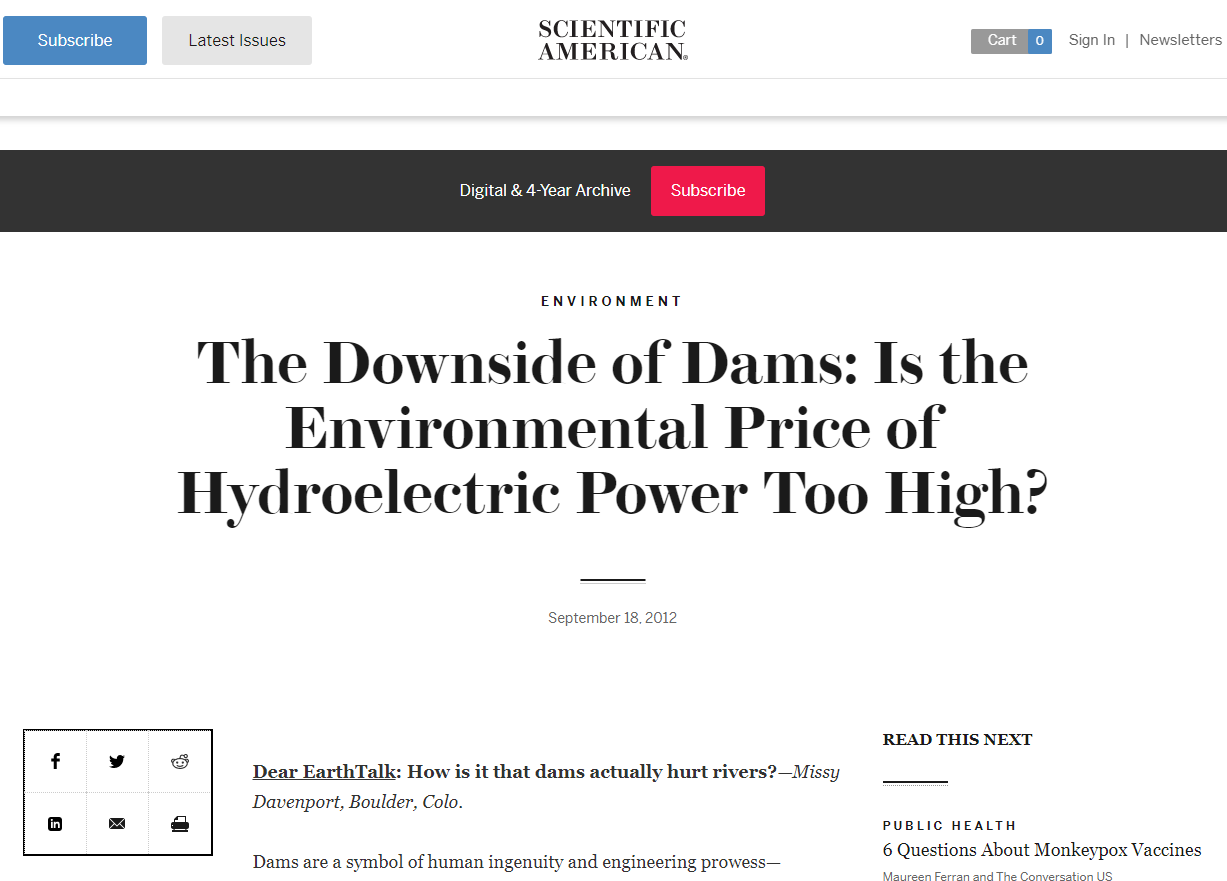 Even I who doesn’t believe in this eco-nonsense (I read this good book once, and I’m pretty sure that last bit got the end of the world right), knows that hydroelectricity is the worst (which is why I’m such a big supporter of hydro-electric power).

Well, pretty sure that is a bellwether for a much bigger issue.

Don’t tell the tree-huggers, but I suspect that volcanoes probably have a lot more potential for doing something way up there. But I’m not for wasting time and money chasing aliens, we’ve got this big beautiful world right here. We know so little about it, many parts never seen by modern man. Who knows how many thousands of fish, birds, insects waiting to be discovered. Plenty to see and do right here. Elton John knew better than Elon Musk, when he explained, “Mars ain’t the kind of place to raise your kids, In fact, it’s cold as hell, And there’s no one there to raise them if you did”

edit My post was flagged and hidden, how appropriate to the context.