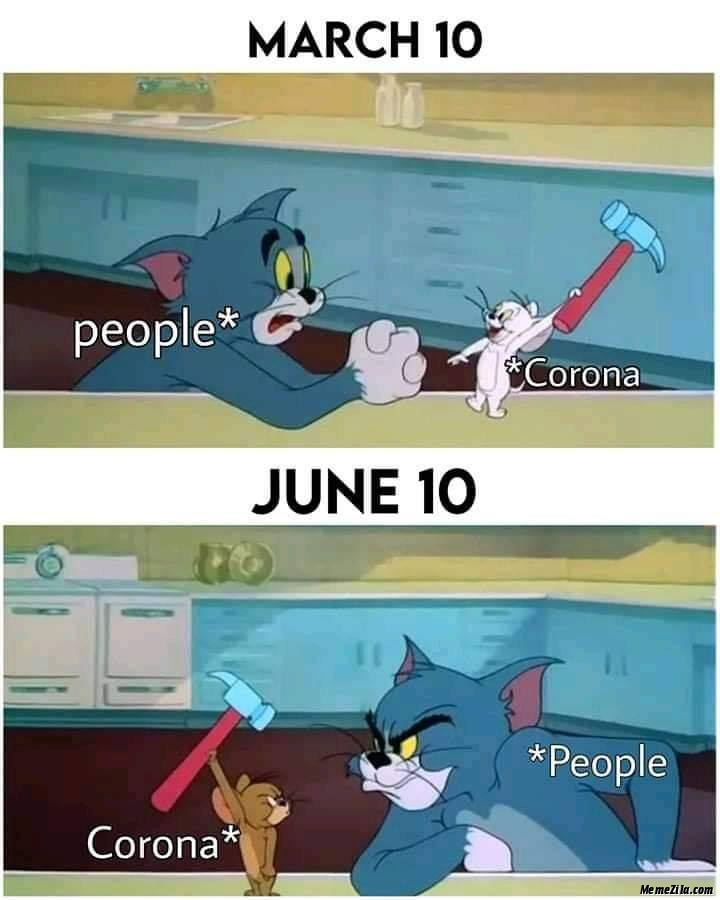 She nicely says “Thats Ok, I’m not wearing any panties either”!!!

Looking for your favorite meme that you have used or would like to use in a post here on the forums.

I want to use this every time I’m called an Amazon shill! 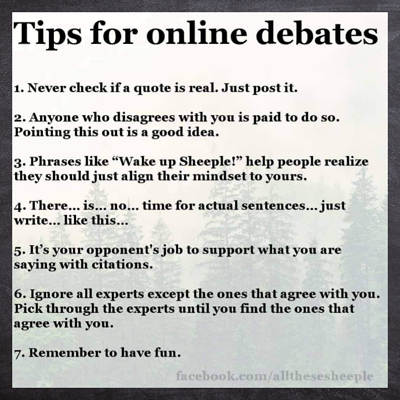 So what do you get when you throw a piano down a mine shaft?

A minor be flat.

guess i am just tone deaf

And I seem to be partially tone deaf.

The “decompose” I get – but it is a stretch.

The preceding sentence though leaves me mystified.

LOL I as reading it trying to grasp it and “poof”

The “decompose” I get – but it is a stretch.

Music can be decomposed in the same way that literature can be deconstructed. 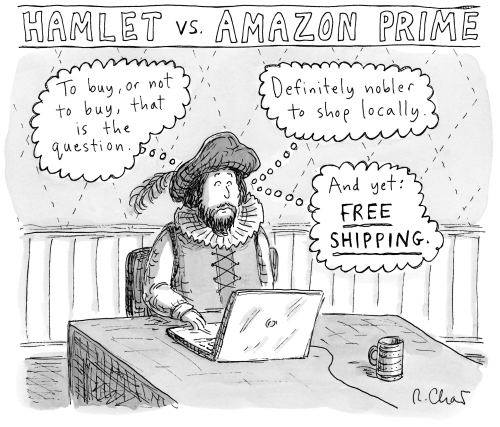 Hmmm, Applies to a LOT of interactions between now and early November! 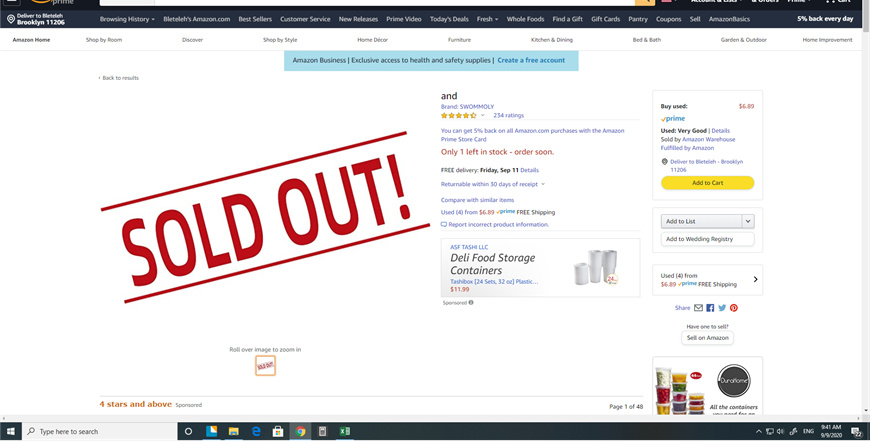 My friend has COVID 19.
He is recuperating at home.
I called him to wish him a speedy recovery.
I told him to stay positive.
He became mad and hung up on me.
I don’t understand why.
Did I say something wrong?

Funny how “Positive” is the most negative word in 2020.

Disclaimer: Not meant to be religious or political - simple truth on the lighter side.

And the L-rd spoke to Noah and said: “In six months I’m going to make it rain until the whole earth is covered with water and all the evil people are destroyed. But I want to save a few good people, and two of every kind of living thing on the planet. I am telling you to build yourself an Ark.” said the L-ord. And in a flash of lightning He delivered the specifications for the Ark.

“OK,” said Noah, trembling in fear and fumbling with the blueprints.

“Six months, and then it will start to rain.” said the L-ord. “You should have your Ark completed, or learn how to swim for a very long time.”

And six months passed. The skies began to cloud up and rain began to fall. The L-rd saw that Noah was sitting in his front yard, weeping. And there was no Ark.

“Noah,” shouted the L-ord, “Where is your Ark?” A lightning bolt crashed into the ground next to Noah, for emphasis.

“L-ord, please forgive me,” begged Noah.“I did my best. But there were big problems. First, I had to get a building permit for the Ark construction project, and your plans didn’t meet Code. So I had to hire an engineer to redraw the plans. Then I got into a big fight over whether or not the Ark needed a fire sprinkler system.”

“My neighbors objected, claiming I was violating zoning by building the Ark in my front yard, so I had to get a variance from the city planning commission. Then I had a big problem getting enough wood for the Ark because there was a ban on cutting trees to save the Spotted Owl. I had to convince U.S. Fish & Wildlife that I needed the wood to save the Owls. But they wouldn’t let me catch any owls. So, no owls.”

“Then the carpenters formed a union and went on strike. I had to negotiate a settlement with the National Labor Relations Board before anyone would pick up a saw or a hammer. Now we’ve got 16 carpenters going on the boat, and still no owls.”

“Then I started gathering up the animals, and got sued by an animals rights group. They objected to me taking only two of each kind. Just when I got the suit dismissed, EPA notified me that I couldn’t complete the Ark without filing an environmental impact statement on your proposed Flood. They didn’t take kindly to the idea that they had no jurisdiction over the conduct of a Supreme Being. The Army Corps of Engineers wanted a map of the proposed new flood plan. I sent them a globe.”

“Right now I’m still trying to resolve a complaint from the Equal Employment Opportunity Commission over how many Croatians I’m supposed to hire, the IRS has seized all my assets claiming I’m trying to avoid paying taxes by leaving the country, and I just got a notice from the state about owing some kind of use tax.”

“I really don’t think I can finish the Ark for at least another five years,” Noah wailed.

The sky began to clear. The sun began to shine. A rainbow arched across the sky. Noah looked up and smiled. “You mean you’re not going to destroy the earth?” Noah asked, hopefully.

"Wrong!’ thundered the L-ord. “But being L-rd of the Universe has its advantages. I fully intend to smite the Earth, but with something far worse than a Flood. Something Man invented himself.”

There was a long pause, and then the L-rd spaketh his last Word: “Government.”

Probably not, but then you never know how people are going to react to any sort of illness???

Back in 2007 oh, I had breast cancer, tiny little things, almost stage 0, had to have 30 days of radiation, a couple of surgeries to make sure they got it all…

My entire family junkyard tree is Rife with breast cancer… my father even had it, a really unusual scenario…

Most of my friends are of the opposite sex , several of them just absolutely dropped off the screen, they probably just didn’t know how to react, or what my expectations were… having been buddies for years…

Others were unexpectedly very helpful… radiation makes you tired, and I think I’m still tired…

So --I would not take this personally, you don’t know what other incidental scenarios are happening concurrently in their lives…

Maybe drop them off some baked goods… you have access, + that would be easy, + doesn’t everybody like bake goods… 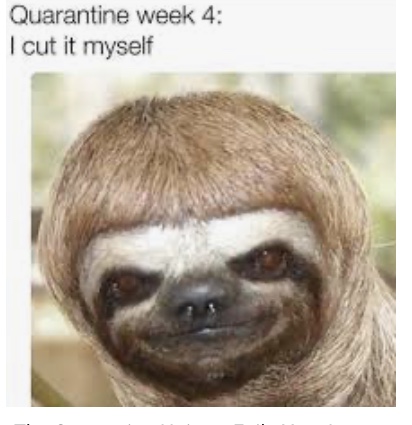 Spring '83 - no wonder my son still runs when he sees a pair of scissors! 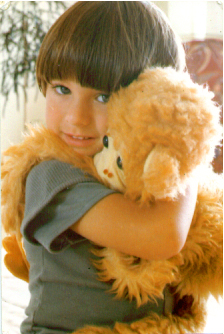 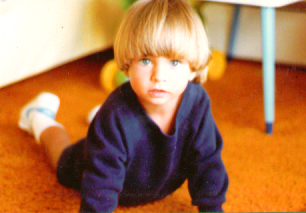 LOL My Brothers all had bowl cuts

I still remember when I was 5 my childhood friend Tammy wanted to play Hair Salon Barber Shop with Me… Well My Mom was at work…When She arrived home…I was hiding in the closet… Tammy had chopped my long hair right off into a bob LOL …
My Mom just followed the trail of hair to the closet…
I was soo scared LOL She was like what did you doo? LOL I said Tammy wanted to play Hair Salon… OMG Kodak Moment Actually Tammy did a great job! She cut it in a bowl cut bob LOL Memories…