Fake negative reviews damage our brand. How to solve this?

We have a new brand (only been on Amazon for 3 months now) and we started well. We had worked on perfecting this product for almost one year when we launched so it is truly a high quality and very much improved product versus what the competitors offer. We were really doing well, selling more than we had expected even from the beginning. We received a few 5 stars review, and the only 4 stars we got were from the Amazon Early Reviewer Program. Anyway, even with those we received enough 5 stars for the average to be over 4.8, so the icon was showing the full 5 stars. (important remark for what happens next, we had 10 reviews, so still very vulnerable)
At the beginning of Sep we received the first 1 star review, coming from a customer that only wanted to be seen as “D”. He was claiming a thing that had nothing to do with our product. The sales immediately dropped to less than half.
We spoke to the seller support and they opened a case addressed to the reviews team, because they could do nothing about it. The answer was simple “This review is within our posted guidelines. We won’t remove the review in its current format, and we aren’t able to consider the removal of this review any further. I’m sorry for any additional concerns this may cause.(…)”
Then, mid Sep we received the same day 2 reviews, one was 2 stars, the other 3 stars, both coming from same kind of “customers” that used only one letter names both claiming different issues of the product, again not covered by the reality.
We went back to them to report the problem. Guess what… the answer was exactly the same. This time I replied myself and explained exactly how we were under attack by a competitor in bad faith and we needed to be protected, also showed exactly the proof (there were many details about the product and we also attached pictures showing the claims really had nothing to do with the product). We also invited them to pick any product on our expense and test it so that they could convince themselves it really is how we say, and not what those “D”, “F” and “J” were claiming.
Ever since then no reply.
In the meantime we continued to receive positive reviews and customer feedback, some of them even saying the family/friends were so impressed with the purchase that they ordered themselves. Sales increased, but there are still a long way to go until they get back to what they were before the attack.
It really is easy and cost free to damage the image of a new brand. All you have to do is ask a few friends to order, write a fake review and just ask for a refund… in case they don’t like it so much they actually decide to keep it… haha
It is frustrating and Amazon support does nothing.

What can we do under these circumstances?

Hi @Helpneeded! I just wanted to quickly direct you to this thread, where Amazon is asking for Sellers to “vote” (with likes) for the questions that we would like to see addressed by Amazon regarding product reviews. Definitely go vote! You are not alone with your questions!

Hello Sellers, Sellers have recently told us that they would like more clarity on our customer product review policies, so we’d like to give you the opportunity to ask questions directly to our customer product reviews team. Post your questions below by October 6 and use “Like this post” feature to endorse other Sellers’ questions that you feel are important. The Customer Product Reviews team will reply to as many of the top voted questions as we can by October 16. Because we want this thread…

We had the same problem. We got hit by a negative review from an account which is part of those “review groups” who write negative reviews to new products for their own benefits.

We had the same problem. We got hit by a negative review from an account which is part of those “review groups” who write negative reviews to new products for their own benefits.

Yes. You can report these cases to community-help@amazon.com and we will investigate. Please include a short, concise explanation for why you believe the Customer Reviews are in violation of our policies and a link(s) to the product(s) in question. You can report multiple Customer Reviews in the same email. While we do not reply to each reported case individually, we will investigate all cases.

We tried that 3 times. Every time the same answer that amazon wants all customers to feel free to express what they feel about the products they buy and those fake bad reviews were not deleted.

We tried that 3 times. Every time the same answer that amazon wants all customers to feel free to express what they feel about the products they buy and those fake bad reviews were not deleted.

I am sorry that was your experience, @Helpneeded.

Other Sellers have had success with this. It would appear that the reviews you suspected were fake did not appear to be so to Amazon.

Don’t give up, though! Maybe those reviews weren’t removed, but the next ones could be.

Just wait till you get hit with a fake patent violation complaint. It completely destroys your ASIN and all the money you spent on advertising to boost your BSR goes down the drain. Amazon’s answer is to contact the person who filed the complaint. All you get is an email address and the complaintant never answers.

Thank you. Will give it a try.

Found out this thread. It’s so depressing to see Amazon’s double standards towards Chinese and US sellers.

https://www.amazon.com/product-reviews/B06ZXZ25Z4/ref=cm_cr_arp_d_show_all?ie=UTF8&refRID=FRVVKDA6BGKHV2VN3AQB&reviewerType=all_reviews&pageNumber=1 This is not the first time I see this…but usually it’s the same review for different items… Where are the mighty bots? Edited by: Jake@SellerSupport on Sep 5, 2017…

Amazon support is completely useless. Every time I have tried it ends up with the same response of “it fits in our accepted guidelines” or no response and it usually takes forever to get a response at all. Jeff Bezos said it best a few weeks ago when he said someday Amazon will fail. A big part of the failure will be because everything like this is outsourced to other countries and robo controlled. 3rd party sellers played a huge part in building Amazon to the behemoth it is today. It is so sad when a company cuts the very roots that helped it grow. Sellers should get high priority when these bad buyers are intentionally posting bad reviews. After all Amazon knows who they are and can track what they post. Shameful.

I am selling on amazon 1 year and 2 months. In my experience it is almost impossible to delete a review although it is pretty evident that is malicious or a fake or a competitor review to make damage to your business. Smae eperience I had but now I accepted the situation. At least in the review the customer says terrible things, claims that God is de Diable or something similar, amazon won’t remove any review. All this time I am trying to understand why amazon does nothng, but it is evident that doen’t and won do nothing. So my friend, lose the hope for removing these fake reviews, forget to try unuderstanding why amazon makes son, relax and concentrate on good work that will leave the enough 5 start reviews to cover all this fake reviews.This is the only way of not suffering because something lost.You can not fight aganist amazon in this case, as in others, so…it is life¡¡¡

I don’t think Amazon want fair play, they just want profit. That’s why they allow those non-US sellers easily to get away with their dirty tactics. If every seller from different countries follows the same US standards and process, the cost will be higher and reviews will be sparse. They used to let loose on US sellers too, but that didn’t go well and brought damage to their reputation once the story was exposed by media. Now they are very strict with US sellers, at least on surface. But they still get those non-US sellers with multiple seller and buyer accounts to create listings with faked 5-start reviews and cheap prices to attract real customers.

Here is another good post, I’m surprised to see nothing has been done to that seller or listing, which I guess shouldn’t be a surprise by now based our experience with Amazon…

Shocked by this seller: OVER 5000 FAKE REVIEWS FOUND Selling on Amazon

( 5000+ fake reviews found within all the listings of this seller) Everybody knows the recent big news that Apple released 3 new iphones (iPhone XS, iPhone XS Max, iPhone XR). BUT be careful, some of greedy sellers are planing rip off customers on Amazon, and their plan started!! Check out this Listing: Main ASIN: B07FQY28GR https://www.amazon.com/dp/B07FQY28GR 1.Two week ago they started their listing (by using my tracking software) [1] (totally 14 days of history) Immediately they r…

Look at this trash listing, 900 completely non-verified 5-start bogus reviews within 10 days, ranked on page one.

Can’t believe that Amazon’s review and support system is so screwed up, no one cares about people following the rules, black hat tactics can bring you easy money on Amazon. 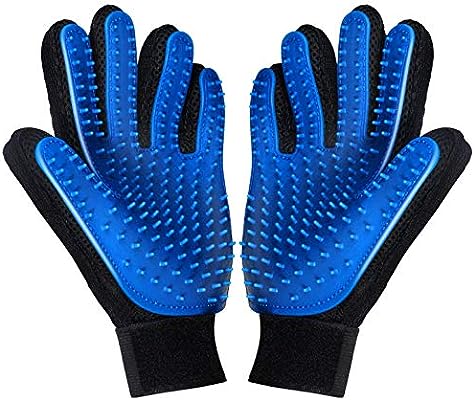