Amazon is planning an update to our browser support policy in our effort to improve your experience. Starting January 31, 2021, we will no longer support Internet Explorer. This change will empower our development teams to innovate and deliver upgrades to the Seller Central website.

If you are currently using Internet Explorer, we request that you switch to a supported web or mobile browser to avoid any disruption. Your options include Google Chrome, Mozilla Firefox, Apple Safari, and Microsoft Edge.

For more information, see a list of browsers and operating systems supported for Seller Central.

Seriously though, I would think Firefox for Android should also be supported.

For more information, see a list of browsers and operating systems supported for Seller Central.

This change will empower our development teams to innovate and deliver upgrades to the Seller Central website.

More changes are coming? I can’t wait. What suggestions do we want them to work on?

Don’t when Amazon will announce its Chat options for Seller who contributes so much to Amazon’s wealth and machine learning.

This is GREAT! They’ll be working on this change - trying it out on the platform, tweaking, changing, causing intermittent outages DURING THE HOLIDAY SEASON! LOVE IT!

I smell a capitalist feud cooking…

manipulation case ? amazon & microsoft are in to force somthing?

IE has not been a modern browser since 2015 when it fell off the javascript (ES6) wagon. The amount of effort/complexity it takes to provide fallbacks for old browsers (and the amount of problems it introduces) is enormous.

I can’t remember the last time Amazon officially supported IE, this announcement probably should have been made years ago.

Who in the world hates their computer so much that they use Internet Explorer?

We prefer IE because we experience fewer hiccups than with Chrome and it has features Chrome doesn’t. But we’ve been reluctantly switching over.

Firefox isn’t mentioned by name, but I have used it on my Android phone. The “old” version, not the new Firefox Daylight preview. On Android it shares a rendering engine with desktop Firefox, it should still work.

Of course IE is the only one that can be programmatically controlled. So all those tasks that Amazon doesn’t provide an API to, you will be no longer be able to automate them. Welcome to further tedium, lack of scalability and increased costs.

Why not just force SILK on everyone?

What happens if I am still using 2 tin cans? 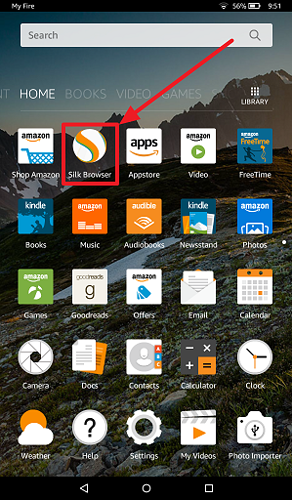 AND-- Amazon’s own SILK Browser???

This is in the same realm as discontinuing support for Windows XP.

I’ve been using Nexus since 1992…no support for that now? jeez.

Netscape Navigator isn’t working for me. The comets just keep flying by and I can’t connect.