Found this on Wiki. Interesting. Glad I got rid of it.

The Turner Diaries is a 1978 novel by William Luther Pierce, published under the pseudonym Andrew Macdonald.[1] The Turner Diaries depicts a violent revolution in the United States which leads to the overthrow of the federal government, a nuclear war, and, ultimately, a race war which leads to the systematic extermination of non-whites.[2][3] All groups opposed by the novel’s protagonist, Earl Turner, including Jews, non-whites, “liberal actors”, and politicians, are exterminated.

FBA no less! HA! So up until yesterday Amazon was shipping Turner Diaries themselves and today it’s a policy violation!

There seems to be two separate issues, which some posters are conflating. The first is Amazon’s decision to ban sale of certain books. I have less of an issue with this because, as is the oft cited cliche, this is Amazon’s playground and they get to set the rules. As long as these books are freely available in the marketplace, then Amazon’s decision may influence whether one chooses to patronize them, but, at the moment, I do not have a problem with it.

To me, the more serious issue is the one that impact me, and, apparently, many other sellers. Amazon is dinging our accounts for having once sold a book that Amazon has now determined to be verboten without advance warning or notice. Over the past several months, I have gotten a number of policy warnings for having sold media items – in one case more than 10 years earlier – that are now restricted. This includes such controversial titles as a book in one of James Patterson’s endless series.

In the abstract, these violations are laughable, and, I would hope, easily resolvable. That said, with Amazon’s bots running wild, I have a legitimate fear that my account will one day suspended because Amazon finds that I have too many violations, or it dings me in another area and the retroactive restricted policy violations are a tipping point where the bot closes my account. We know, however, that we can never reach a human voice at Amazon and the moderators, often helpful and quick to chime in on more obtuse issues or to help sellers who have clearly violated the rules, are seemingly instructed from participating in more basic and widespread issues such as this.

The issue of being punished for selling what was once okay and now is not is solved by deleting (not just closing) all inactive listings.

There are other reasons for doing this besides an item being banned.

Do they go away? I did exactly that and they haven’t gone away. I’ve had word from other sellers that they’d previously deleted the items and that didn’t stop the violation to begin with, but I have not yet had any experience with that.

Also in my case the Turner Diaries had been deleted from my inventory by Amazon, not me, and I got a violation anyway.

Yes, they should go away. They say in 6 months. Why 6 months? I have no idea, pretty random arbitrary time period to me, but hey whatever.

Not everyone with 3 Restricted Policy Violations shows at risk. At risk really does not mean any specific thing. It is like a flashing yellow traffic light.

I was also hit with a violation for selling Mein Kampf.
It’s too profitable a book for amazon not to sell it, but only in it’s approved version.

What is an approved version?! Mine has a foreword from a history professor and is clearly meant as a college text and not a display copy for when the other fascists come over for dinner.

The one that Houghton-Mifflin sells as new. 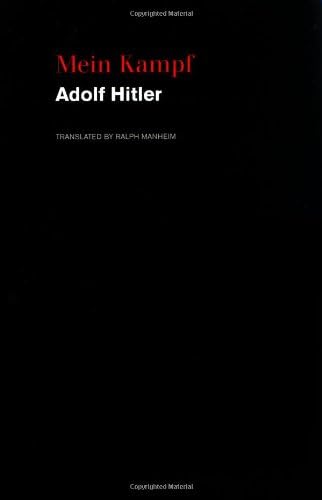 just because they can doesn’t mean they should

just because they can doesn’t mean they should

They SHOULD, if it’s in the best intrest of them and their shareholders.

Now explain how banning the books and the accounts with no forewarning is good for the shareholders.

I ran into this as well. I panicked when I was was flagged for 2 books I sold 5 years ago. I talked with Seller Support and was told what to do. You need to delete your old non active listings. I have 2300 active items but had 23,000 items I have sold in the past. Took me all day. You may not want to do that but at the very least delete those few listings you got dinged for.
The violation flags will go away in 6-12 months

While you all spin in philosophical circles, you’ve failed to answer the question. How do we avoid the Restricted Item Policy Violations for items we have listed that are suddenly removed from Amazon’s inventory? I also have two violations, though not for books. They are a DVD sku and a video game sku that were removed. When I get the email notification I delete them from my inventory, but I get dinged anyways. How can we avoid these violations? I’m not here to discuss the politics of book banning.

think you, you should have been said that

It’s like a drunken father comes home and starts beating the wife and kids and we all get instruction that the way to fix the situation is not to make any noise around daddy when he hits the bottle.

This is a grave mischaracterization of the situation. You forgot to mention that one has to retroactively cancel the noise that one made last week.
Other than that, it is an insightful metaphor.

Amazon is a corporation. Legally, they can dictate what they want on their platform. What is “right or wrong” is up for interpretation, but a corporation has a right to censor and select what it allows on its platform. Just because Amazon is no longer allowing the sale of X, does not mean it’s not available elsewhere, it just means you will no longer be allowed to take advantage of the customer funnel that Amazon has created for you. It is a privilege to sell to Amazon’s customer funnel which they have cultivated. You are not entitled to anything. You might need to start your own platform or website and sell the books you want to sell. Invest all your capital into creating a space that people all over the world will come and trust their hard earned dollars, to. I hope you succeed.

The one that Houghton-Mifflin sells as new.

And Amazon is the only seller. Not only does Amazon sell it, but they have a monopoly on selling it on their own site.

We dismissed him as a madman … the result was a tragedy of unprecedented proportions. This is yet another lesson to take from Mein Kampf : the lesson of vigilance and responsibility, of not closing our eyes to the evil around us.

Discussions of this on the forums are censored, another problem.