If it makes you feel any better, Amazon removed my nylon Farm Flag due to their Pesticide Rules. I still am unable to list my FLAG. They don’t CARE! I don’t even know if they are Human Decisions or Computers. Amazon cares about Amazon.

Maybe Amazon just needs to make a new section in their catalog, Adult Anime Collectibles, or something similar for all the vinyl figures, toys, posters, clothing, backpacks, books… you name it they sell it. Make it viewable to adults only. Don’t they do similar for adult toys?
Anime is a HUGE market. You can get anime themed stuff just about anywhere nowadays. But agree, it’s Amazon’s house, gotta play by their rules. I’m sure they listen to suggestions, doesn’t mean they need to implement them. But definitely let your voice be heard.

They are computers and they want you to be one too.

All I can say about that listing is YIKES!

As an anime fan myself, this thought process sounds almost like a viewpoint from 30 years ago, when most things being brought over were definitely on the mature side. I would have thought with the success of shows like Dragon Ball Z and Sailor Moon that views like this would have stayed away, but that appears to be folly, including given some responses in this thread.

The problem now seems to stem from how US culture views nudity versus, well, a good chunk of the world. In the US, just the state of being naked is considered lewd. In Japan, this is not the case. While public nudity is still a big no-no, places like hot springs (onsen) are perfectly normal to have nothing on. What’s next, Ranma’s transformations? Evangelion, with the shower scene of Shinji and Kaworu (or another spoilerish scene of Rei)? None of these are sexual in nature, but do have nudity.

Now, for the figures. There are definitely a few that are quite suggestive, but none of the ones posted in this thread are ones I would consider to be so. There are some other products that, frankly, Amazon would have a strong leg to stand on with their statement, be it anime, manga, or even bedding. (No I will not name them, though I will state the most notorious anime is listed on Amazon.jp, but you have to search in Japanese to find it.) But for the ones mentioned here, I think Amazon is painting with way too wide a brush.

“None of these are sexual in nature, but do have nudity.”

You obviously did not look at this item. B082WQ6KX8 There are plenty worse than this. You may want to edit your post after you view it. The thread is about depicting what appears to be under age girls in sexually compromising poses. Clearly this item falls into that category regardless of Dragon Ball Z and Sailor Moon. I don’t think it’s generational or has anything to do with a difference in viewpoint.

I just went to the amazon and put in anime. Extremely offensive and this is pornography!! I enclosed the link. If I caught my kids looking at this I would be upset.

I am not saying adults can’t look at this, but in my opinion they are market this towards kids. Now a days it is impossible to keep up with all the marketing between juuls and anime ~ forget it!! 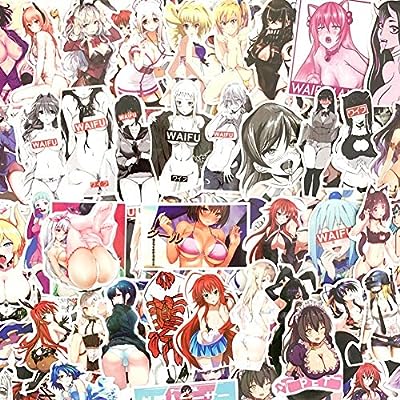 Now, for the figures. There are definitely a few that are quite suggestive, but none of the ones posted in this thread are ones I would consider to be so.

The difference is that what Amazon has removed depicts underage characters, marketed toward underage consumers. This isn’t an artistic question or cultural question. This is a question of what Amazon will allow on its Marketplace; clearly, they don’t want materials that could be considered exploitative of children.

Personally, I am a Sailor Moon fan and still consider some of it to be risqué and inappropriate for children under a certain age.

Anime is a easy target because in the US and UK animation is still considered to be a childrens entertainment medium. You still see parents from time to time getting outraged because they thought “Fritz the Cat” was a children’s animated movie.

Like many removals and suppressions on amazon, the baby gets thrown out with the bathwater. It’s just easier for az. And they own the joint.

wow AND THAT IS STILL UP? Must make BEZOS a MILLION per month ;(

Someone needs to show that agent an episode of berserk and see if they still believe that.

Anime is one traditional mechanism by which the age restrictions are circumvented. they can put childlike faces on adult bodies and put them in adult situations, and this is what is being stopped, and it should be stopped.

so proceed with your business accordingly.

Yikes! That is disgusting on so many levels, needless to mention the other items related to it. I could have gone the rest of my life without seeing that. Amazon really doesn’t need to be feeding the child sexualization fetish market.

I shall not today attempt further to define the kinds of material I understand to be embraced within that shorthand description [“hard-core pornography”], … But I know it when I see it.

I think some people are missing the mark here… The issue isn’t kids seeing sexualized images (I was 15 once and may have seen some things online gasp and I turned out just fine.

The issue is showing sexualized children, and just moving that to an “adults only” section doesn’t help the issue, but instead makes it worse by giving it it’s own category. Also, >some< manga/anime clearly sexualizes children, and I don’t really understand how we are defending it here?

Amazon doesn’t want to be connected with that topic, because it’s illegal, and personally I’m pretty okay with them erring on the side of caution when it comes to these things.