If you cannot see that these Anime characters are so blatantly sexualizing adolescents then something is fundamentally wrong with your morals and your character.

You are just another typical poster who when in this situation Amazon did the appropriate actions by removing your blatantly inappropriate listings come to the forum to seek support for your despicable cause.

I don’t see the item?
Do you have a picture you can share?

I figured if it was listed on Amazon.com with unrestricted access it certainly would be suitable to post in the forums…I guess not. Post removed. However, this item is tame compared to others listed.

Amazon did not remove it. I did.

Not being an Anime fan and only looking at it from the outside it has always appeared to me that the core characters of Anime are by in large overly sexualized 12-15 year old girls. Never understood how and why that was OK. I just assumed it was a “Japanese” thing. Look but don’t touch or some such nonsence. Seams weird and inappropriate to me. You be the judge.

Unfortunately your opinion as a seller is not as important as the buyer that chooses to be offended. Sorry this happened to you and I know it’s hard to not take it personal. In these days of political correctness almost everything is deemed offensive to someone. Anime is not my thing but for what its worth I don’t see anything wrong with what you were selling.

Amazon did not remove it. I did.

Not being an Anime fan and only looking at it from the outside it has always appeared to me that the core characters of Anime are by in large overly sexualized 12-15 year old girls. Never understood how and why that was OK. I just assumed it was a “Japanese” thing. Look but don’t touch or some such nonsence. Seams weird and inappropriate to me. You be the judge.

My post wasn’t directed at you. It was meant for the morally bankrupt OP waape

Ridiculous you should be at least able to flag as mature or whatever. Why is everyone so offended all the time!?? Stop being offended, relax you only have this life, why spend your life making other peoples lives miserable!

We’ve been dealing with this issue for a year. We are hesitant to list ANY toys featuring female characters in general, because the ruling on this topic is SOOO subjective and seems to lack consistency. Obviously, there is no way to fight it. So we are steering clear of it completely. Yes, Amazon is forcing us to take our business elsewhere for what is purely a ridiculous reason.

We are finding Amazon flagging any products where the character has exposed skin of any kind above the knee. YES, I know this sounds insane, but that has been our finding. It’s the only consistent thread we can find on the removals that are most baffling. We’ve had over 50 listings removed to date.

Some are female characters who are 18+ in their fictional world, but have a child-like face in the eyes of Amazon, so they are deemed children. It’s impossible to argue with, or subjectively determine, Amazon’s definition of “child-like”.

Others removals are action figures and statues of characters showing EXACT depictions matching those from popular television shows that air on children’s networks in the USA. But because they are in superhero outfits that include exposed thigh, they are deemed sexually exploitive of children.

In almost all instances, Amazon Retail is selling these products too. We used to think if Amazon was offering the item, we are good. Well, apparently not. I wonder what Amazon does with their hundreds (or thousands) of units they have in stock when they determine an item is a violation. Are they disposing of them!?!

I think anyone on here arguing in favor of Amazon’s censoring of these products is missing the point.

Here are six recent examples of products we’ve had removed. In all instances, Amazon Retail was selling them as well. In our personal judgement, we don’t see anything wrong with a single one.

All of these were pulled down because Amazon “does not allow the sale of products that promote child exploitation or depict children or characters resembling children in a sexually suggestive manner”.

We are just waiting for the account suspension email, though it hasn’t come yet after dozens of these notices. We pay for a dedicated account manager (thousands of dollars a month) almost exclusively because we need a “fixer” if/when Amazon decides we are continually breaking their rules and need to be suspended. This issue is the single-biggest factor in driving us to sell elsewhere. 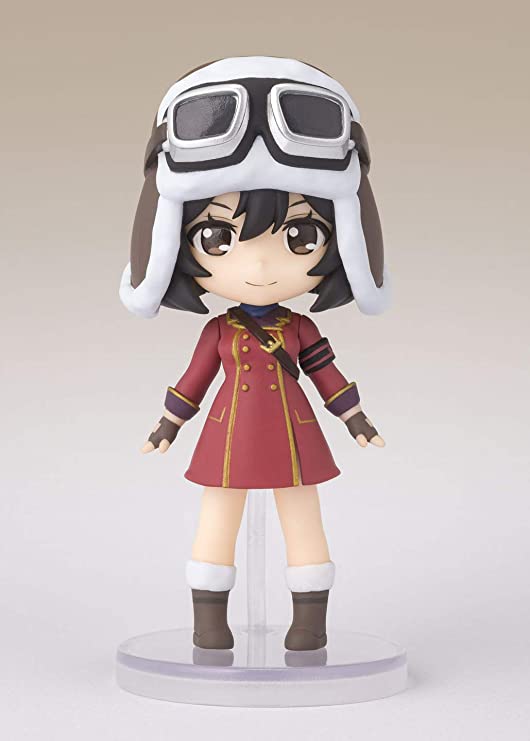 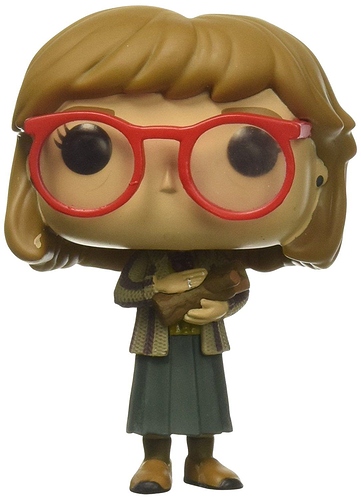 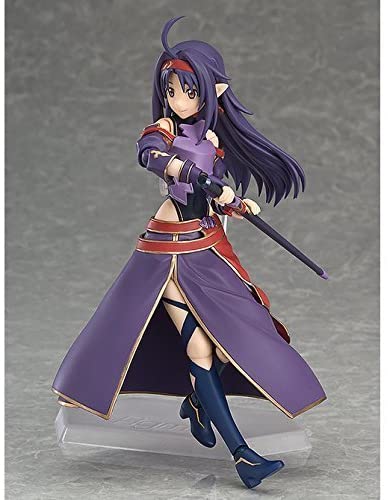 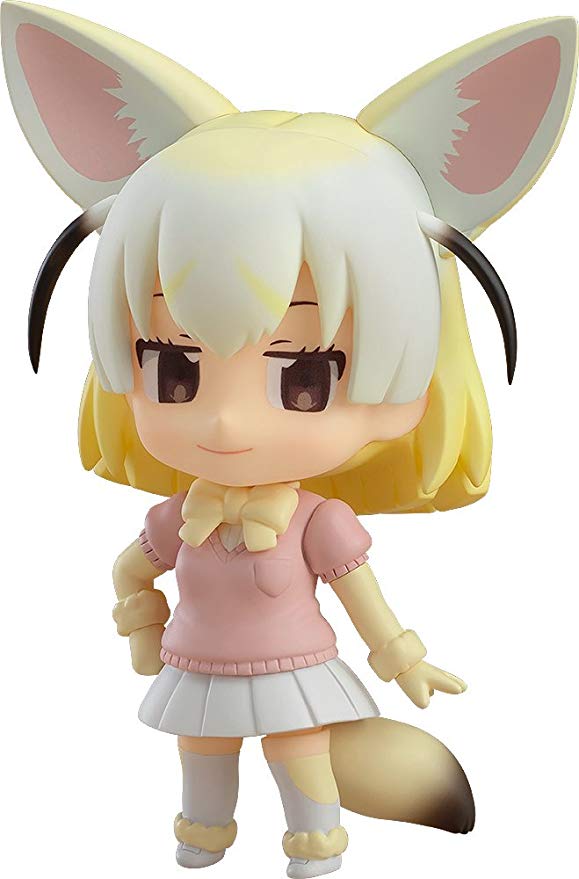 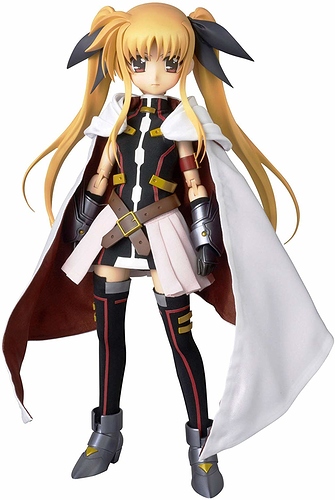 I don’t see the item?
Do you have a picture you can share?

The item that caused the OP’s initial complaint in shown in post 7 by gbayemporium.

The other, and far more explicit item that is STILL being sold on Amazon US that @GemGuy posted and then deleted can be viewed by searching this ASIN - B082WQ6KX8

So that is “offensive” yet items like B083J21893 aren’t?
I think that perhaps the complainer must have had ‘dirty thoughts’ and reported it so they wouldn’t be confronted with their own feelings again.
Some teenagers can get excited looking at linoleum. Just ask Xander Harris.

Of course this comes from a country that may offer those in delicate items in vending machines… in “used as new condition”… Japan?

I just want to note here that this kind of stuff is illegal in Japan. There are no vending machines that sell “delicate items” here.

I’ve probably been reading too much fiction Noir…

Not personal… probably one of those fictionalized Urban myths…

Haruki Murakami (村上 春樹, Murakami Haruki, born January 12, 1949) is a Japanese writer. His books / stories – bestsellers in Japan as well as internationally, with his work being translated into 50 languages … interesting body of work…

Amazing how sensitive people get…these are DRAWINGS, not kids. They don’t have an “age”, and it’s impossible to draw lines to define what artwork depicts what age range. Amazon just reacts to complaints and tries to minimize liability.

This item is still listed in Canada; amazon.ca

I’m not going to evaluate the merits of Amazon’s decisions on this.

They will be coming after those '90’s Disney movies as well, when the parents were irate at possible hidden “sexual” implications. I think the Little Mermaid might have been one. Lord help us!

amazon was correct to pull it

The situation is this. Amazon removed the listing completely, probably because of a complaint from a buyer, not particularly because you sold one. Patents who have no idea of Japanese anime, see the item and think they are just like a Bugs Bunny cartoon, only to find out they are not. We do sell a lot of anime DVD’s and Blu-ray’ sets, and as you know, they all contain an age rating. And to be honest, they were not made for the USA buyer, but the Japanese buyer. They all have an underlying moralistic plot, and address sexuality a lot different than we do in the USA. And, that is just the way it is.